Graduated from Escuela Libre de Derecho in Mexico City, where he obtained his B.A. in Law with honors. Has an Administrative and Constitutional Law Specialization and a LL.M. from the Universidad Nacional Autónoma de Mexico with honors. Has taken several courses and seminars. Among them, Philosophy in Universidad Panamericana; Fight Against Corruption by Public Function Ministry and Mexican Bar Association; International Arbitration from Instituto Tecnológico Autónomo de Mexico.

From the very outset of his career, his activity has been focused to consultancy and litigation about Government Procurement procedures for Public and Private Sector. He is a true specialist. For that reason he has been hired by a very large number of corporations and government institutions, both in Mexico and abroad.  Among most representative examples are The World Bank, where is has been counselor since 2001, Bank of Mexico, Sanofi Aventis, Baxter, Eli Lilly, Hewlett Packard, Grupo Fármacos Especializados, El Corte Inglés, PEMEX, Comisión Federal de Electricidad, the Senate of Paraguay Republic and the following  Ministries in México: Ministry of Public Function, Ministry of Economy, Ministry of Tourism, Ministry of Public Health, Ministry of Public Education.

Has also a vast experience in the academic field. Currently lectures in the post graduate level at Escuela Libre de Derecho (Civil Law) and at Universidad Panamericana (Public Contracting and Public Servant Responsibilities in Law Master Program). Furthermore, he is a senior professor at Instituto Nacional de Administración Pública, where he is Chairman of its Ethics Committee. 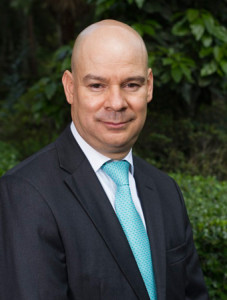